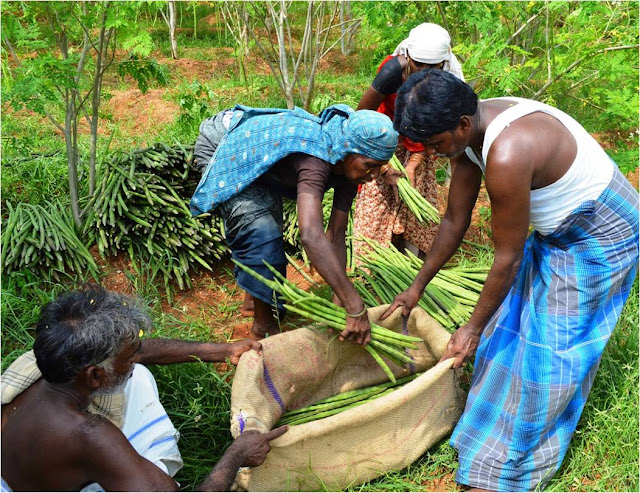 Thottiyapatty and Dasilnaicanoor villagers transformed 412 acres of unproductive land into a self-sufficient Agriculture farm: Supported by Society General through OFI, implemented by SEVAI.


Thottiyapatty and Dasilnaicanoor villagers transformed 412 acres of unproductive land into a self-sufficient Agriculture farm as supported by Society General through OFI, implemented by SEVAI.A visit to Thottiyapatty and Dasilnaickanoor farms near Thogamalai in Tamilnadu, provides an exciting model of the efforts made by the villagers of Thottiyapatty and Dasilnaickanoor to transform 412 acres of unproductive land into a lush green farm through their constant efforts of creating four tanks,desilting existing tanks, making contour and farm bunding,gully plugging with watershed components such as understanding the area of land that contributes water to a particular watercourse., Dividing marks the high point of land that separate one watershed from another, Headwaters as the upper limits of the watershed, Tributaries as smaller branches of watercourse that join together
to make larger sections of the water flows to the tanks, Floodplain as the area on either side of the watercourse that may be covered by water in times of high flow, Confluence as  where a branch of the watercourse joins the main channel, Mouth marks the end of the watercourse at a body of water, usually a lake or the sea, Groundwater exists in the spaces of bedrock and gravel which has not only transformed the surrounding area, but has also helped in improving the water table in the surrounding wells as they were deepened, besides helping in the development of a self sufficient farm for the marginal and small farmers.30 wells have been deepened and trees have been planted in the area and they are grown with optimum care. Training of farmers are being conducted regularly especially women farmers participate with keen interest as they promote women self help Groups. The watershed works are very constructive and not without its share of challenges, but persistence and constant optimism and hard work to overcome challenges has reaped.The land was earlier considered as barren and of no use because of lack of water and the hard rock structures making it very difficult for holding water and for the vegetation to grow. People thought I was taking a great risk when SG-OFI-SEVAI shared the plan of developing this land and thought that it was impossible. However, SG-OFI-SEVAI was determined to do something about it and that is how I gradually came upon the idea of first working on developing the water resources in the area. It took a lot of financial resources and time 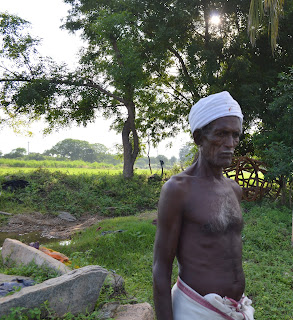 to create a tank that gradually startedfilling up with water that is used for irrigating the land as the wells deepened get recharged by these newly constructed tanks. This has not only helped in creating and developing greenery in the area, but has also helped in increasing the water table in thesurrounding areas of the Agricultural land. There is plenty of water in the 30 wells in the surrounding areas in the farm. SG//OFI/SEVAI plans has already started working, springs have already started appearing in the area. It is very difficult to believe that this was a land that was three years back uncultivable and now these 412 acres of land  food grains, tubers and vegetables.-Govin

Posted by Etram - Newsline at 3:18 PM No comments:

The Confederation of NGOs of Rural India (CNRI) will honour Sevai Govindaraju, Director of the

city-based NGO Society for Education Village Action and Improvement (SEVAI), with the title of 'Bharat Seva Ratna' for his yeoman service to the poor and deprived sections of the society for over 35 years. CNRI sources said during the three-day Third National Meet of the CNRI, to be held in New Delhi from April 25, the CNRI would honour dedicated social activists and workers, one from each state, with the title 'Servant of the Poor'.
The sources said President Pratibha Devisingh Patil would accord the title to Mr Govindaraju and others.
-- (UNI) -- 23MS46.xml

Posted by Etram - Newsline at 6:32 PM No comments:

SEVAI responds Cuddalore Floods with the assistance of AEM.Non-stop rain has broken a 100-year old record in Tamil Nadu and claimed many lives damaged houses, roads, schools, agricultural lands and affected livelihoods of thousands of households. The situation in Cuddalore is very serious. More than two million people have been affected, with vast tracts of land submerged, lives lost and livelihood wiped out. The death toll in rain-related incidents has crossed 500 overall in Tamil Nadu.Torrential rains have caused massive destruction and severe distress in the state of Tamil Nadu. The worst affected amongst the population are children, girls and women. Responding to the massive floods in 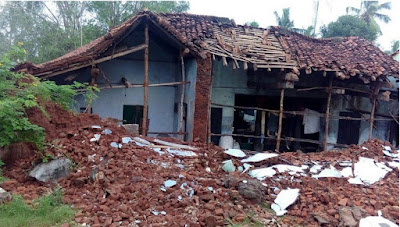 Cuddalore, SEVAI Teams have distributed biscuits and clean drinking water during its on-ground assessment immediately after the flooding, to 500 most needy families in Keerapalayam Block of Cuddalore District.SEVAI (www.sevaingo.in) planned to reach out to 500 households with family relief packages in Cuddalore district especially in Keerapalayam Block of Tamil Nadu. AEM supported this project and also SEVAI Shanthi Matriculation Higher Secondary School students contributed funds for Cuddalore Floods relief. They contributed Rs.40000. Cudalore have been paralyzed by the worst flooding in December 2015. All the water reservoirs around the city have also been overflowing flooding the city and displacing thousands. Out of the 13 blocks in 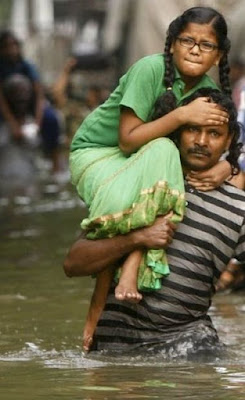 Cuddalore district, 11 blocks have been affected by flood and 7 blocks (Cuddalore, Kurinjipadi, Panruti, Bhuvanagiri, Keerapalayam, Kattumannarkoil, Kumaratchi) have been put under the most affected list. The district witnessed the human loss of 90 thousand s of cattle, 50000 damaged huts (fully dilapidated/ washed away), over 24000 hectares had been completely damaged due to the cyclone, food and cash crops submerged, Fishing boats anchored in the Gadilam river at Devanampattinam in Cuddalore district were dragged away to the sea by the huge waves, and 53 villages had been surrounded by flood water with no accessibility to basic needs including water and food. About 43,000 people in rural areas and 6700 in urban areas have been accommodated in relief centers. Community kitchens have been opened at 32 centers to supply food and drinking water to around 50000 flood affected people. The Government alone was not able to manage the scale of the tragedy, while the army, navy and NDRF are helping the situation. The NGOs and volunteers stepped in and help flood victims.SEVAI undertook initial survey of flood affected villages of Keerapalayam Block of Cuddalore District with the SEVAI functionaries with the Support of Mr. Anthony Samy L.S.of Bless Cuddalore. There was a major need for supply of family relief kit over 1000 families. Initially SEVAI came forward to work in its capacity for supporting 500 families with family relief kits with children focus and with a long term rehabilitation approach of 6 hamlets in Keerapalayam of Cuddalore District. The villages where the family kits supplied are Esanai, Thangamani theru, Vela paddy,Chavadi,pudunatham east and Pudunatham west in Keerapalayam Block. We are thankful to AEM,SEVAI Shanthi Matriculation Higher Secondary School students, Mrs.  Mr.Oberoi, Bangalore, for their valuable contribution for supporting the family relief kits for 500 families in Cuddalore District flood victims.  SEVAI has been careful about not to duplicate the efforts of the 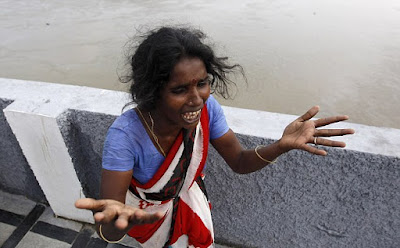 Government or other organisations and propose to support and supplement the existing efforts. The family relief kits supplied for each family contained 23 items such as Rice for food preparation, Blanket, Sleeping mat, Water tub for washing, Cooking utensil,mug,6 Biscuit pockets, Two soaps, one tooth paste, tooth brush,Shamboo,Eco-friendly carry bag, ICE Material bag on hygiene message etc,. Thousands have been forced to abandon their homes and displaced into relief camps and other temporary shelters after 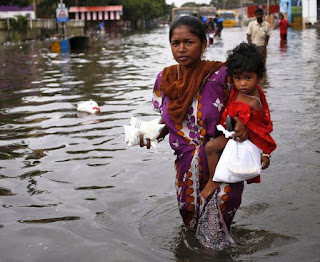 water receding, the family members come back to their villages and homes, but their home hut got damaged, the family materials washed away, it was important to provide family relief packages for at least another 500 families and improve the shelters by repairing their huts for living worthy. The money which raised is used to provide the flood victims for providing family relief kits, children relief kits. Further assistance will be helpful to provide livelihood for the affected families, improving shelters and continue working for the rehabilitation programs in these most affected 6 villages.